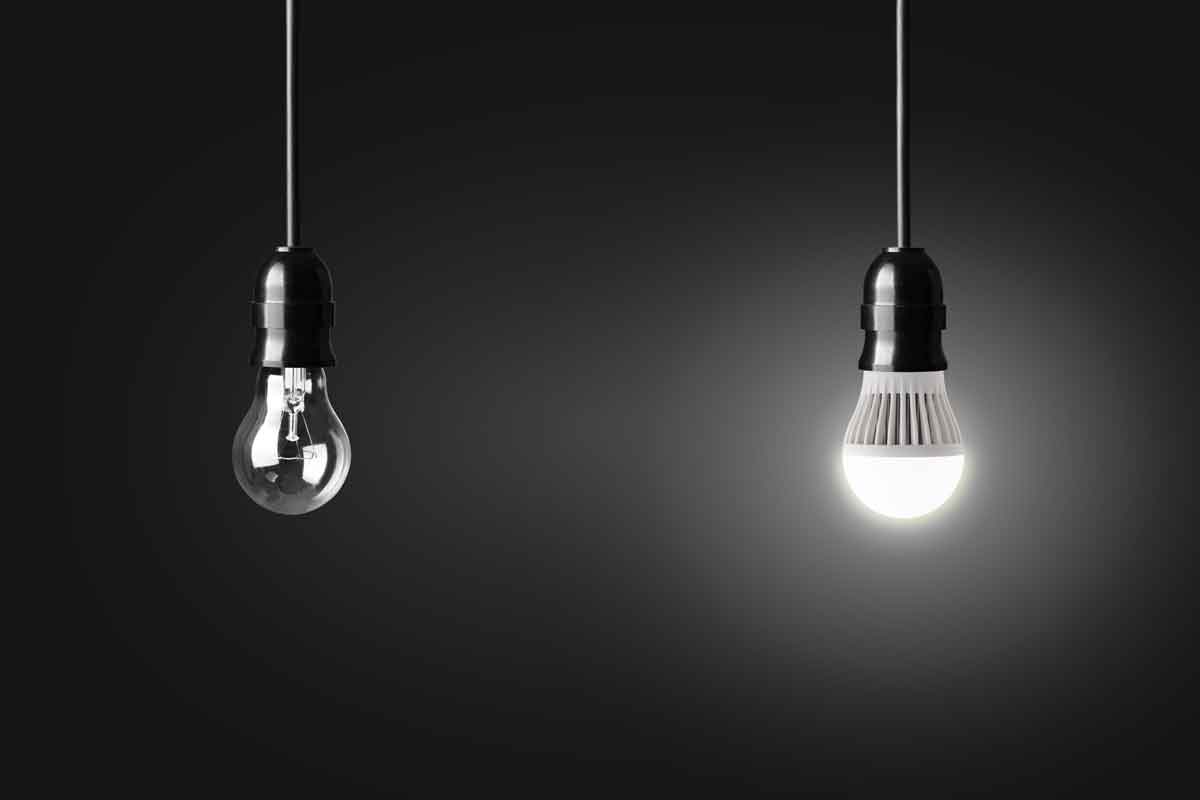 LED (Light Emitting Diodes) lighting is perhaps the most exciting technological advancement in the lighting industry. What are some of the advantages of LED lighting?

Long service life is one of the greatest benefits of LED lights. You may have heard that traditional incandescent bulbs have an average expected lifetime of 1000 hours and that LEDs can last for up to 100,000 hours—more than 11 years! However, these numbers aren’t completely accurate. The performance of LEDs degrades over time. and this degradation is strongly affected by factors such as operating current and temperature. One of the advantages of LED lighting is that frequent switching on and off doesn’t negatively impact the light’s service life. Switching incandescent lights on and off reduces their lifetime.

Currently, there is no standard definition of an LED’s lifetime.  Many lighting experts feel that the lifespan of LEDs should be calculated based on the time it takes for the LED’s output to fall to some percentage (such as 70% or 50%) of its original value.

The long lifetime of LEDs reduces the need to replace failed lamps, which means significant savings. This savings comes from purchasing fewer lights and, even more importantly, not sending out maintenance crews. Their long service life makes LED fixtures useful for installation in hard to access locations.

The Efficiency of LED Lighting

The directional nature of LEDs allows for lighting design to achieve higher overall efficiency. LEDs are currently the most energy-efficient light source, using much less electricity than incandescent, fluorescent, meta halide, or mercury lamps. LED lights have a luminous efficiency of 80-90% for traditional lighting. This means that 80% of the energy supplied to the lamp is converted to light, while 20% converted into heat and lost. Traditional incandescent lamps convert only 5-10% into light. Because of the significant energy savings, LED-based systems are being installed more frequently in traffic signals and other public lighting systems.

(See https://en.wikipedia.org/wiki/Lumen_(unit) for the chart on Electrical power equivalents for different lamps)

Traditional incandescent bulbs are measured in watts. The watt is a unit of power and is used to quantify the rate of energy transfer. LEDs are measured in lumens. The lumen is the unit of luminous flux, a measure of the total quantity of visible light emitted by a source per unit of time. These are two completely different measurements, which can lead to consumer confusion. The best way to clear it up is with a conversion chart.

Surely, at some point, you’ve touched an incandescent bulb after you’ve left it turned on for a while. You’ve likely gotten a singed fingertip from it. That’s because incandescent bulbs produce heat in the form of infrared radiation. LED bulbs don’t produce IR radiation. Instead, 90% of the energy to the LED is processed and converted into light rather than heat. This allows you to touch LED lighting without getting burned. That makes them the perfect choice for a host of lighting situations, including electronics and illuminating temperature-sensitive items such as textiles and food.

In contrast to traditional lighting, LED lighting does not contain any filaments or glass elements, which are very sensitive to blows and bumps. Instead, high-quality plastics and aluminum parts are used in LEDs, so they are more durable and resistant to low temperatures and vibrations.

Speaking of low temperatures, LEDs turn on instantly, even when it’s cold. This gives them a considerable advantage for certain applications such as vehicle brake lights. They are also far better in the cold than fluorescent lighting, which often won’t work under 32 degrees Fahrenheit.

The Cost Advantages of LED Lighting

When measured by metrics such as “dollars-per-lumen,” LEDs are expensive compared with other light sources. It’s important to keep in mind that:

LED manufacturers continue to work towards reducing their production costs while at the same time increasing the light output of their devices.

LEDs are tiny. The average LED chip measures 0.3 by 0.3 mm, and high-power devices can be 1 x 1 mm or larger. These power-packed lights have contributed to significant market advancement. The obvious example is in cell phones. Most models have backlit keypads and liquid-crystal display (LCD) screens.

LEDs are available in a broad range of brilliant, saturated colors. With today’s technology, we can use the basic colors, white, red, green, and blue to create a wide spectrum of colors that we can also easily dim. RGB modules provide a much wider gamut of colors than white LEDs or other traditional white light sources, which is an advantage in applications such as backlighting liquid-crystal displays (LCDs).

In line with European directives, there are many ways in which LEDs are better for the environment:

Landmark Electric has the experience you want in someone advising you and working on your LED lighting. Contact us today to find out how we can brighten up your home or business.