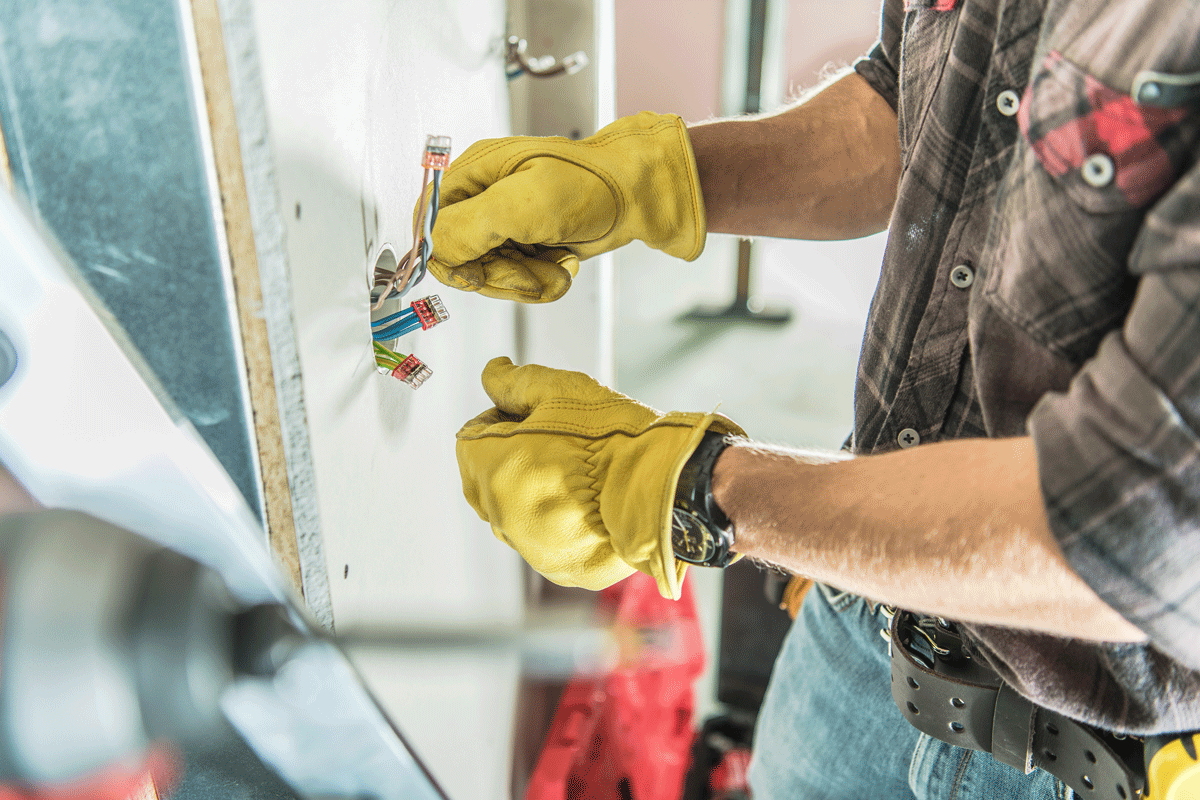 Most people know that watts, amps, volts, and ohms are electrical terms, but they often aren’t sure of what they mean. Today we will look at these terms as well as basic electrical safety.

The three most basic units in electricity are voltage, current, and resistance.

If we were talking about plumbing rather than electricity, the voltage would be the water pressure. The current would be the rate at which the water is flowing through the pipe. And the resistance would be the size of the pipe itself.

You can imagine how by changing the amount of one of those factors, the others are affected. There is a principle known as Ohm’s Law that explains this:

The current (I) is equal to the voltage (V) divided by the resistance (R). I=V/R

Where do the watts come in?

Watts are a measurement of the rate at which energy flows. A 100-watt light bulb consumes electricity at a rate of 100 watts of power per hour.

There is No “Small” Electrical Shock

You may be thinking about working on your own electrical system because you’ve heard that it’s “only 110 volts, so it can’t hurt you.” Even though your outlets are wired for 110 volts, the average home has 100 and 200 amps running through it. One amp can cause fatal heart irregularities, so 100 amps are more than enough power to kill someone.

How a person touches an outlet can make the most significant difference in the way it affects them. Usually, if someone meets the electrical current in an outlet with one hand, it will send a jolt of pain through them, causing them to jump back out of reflex and fear. If someone were to touch the outlet with both of their hands at the same time and get a 110-volt jolt, they would close the circuit, and their heart would be in the middle of it.

Some people think that they are safe because they are wearing rubber-soled boots and are therefore grounded. Unfortunately, in most of the everyday products you have around your household or business, rubber has been mixed with other materials for wearability and durability. They aren’t 100% rubber and shouldn’t be counted on to protect you from electrical current. The gloves a lineman wears are laboratory tested to withstand 20,000 volts.

Staying safe around Water and Electricity

The most dangerous combination is electricity and water. This is why having ground fault circuit interrupter receptacles installed in your bathroom and within 15 feet of any water source in your kitchen is so important (and also code). Within a fraction of a second, GFCI will trip at 416 milliamps.

The Safest Thing You Can Do

If you need anything done with your electrical system, the safest thing you can do is call a professional, experienced electrician. Landmark Electric has been serving the Twin Cities as commercial and industrial electricians.  Contact us today for your next electrical project.