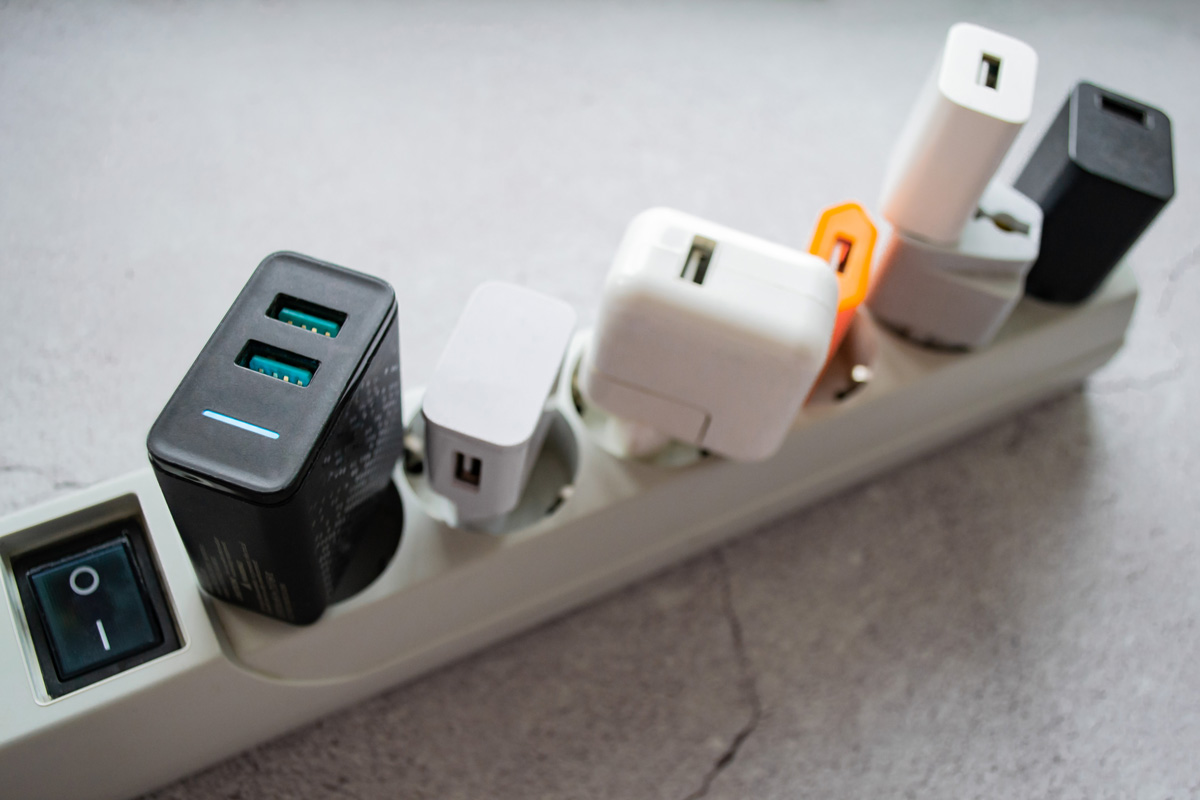 We all have them—Power strips. The irony of our increasingly wireless society is that our homes and businesses no longer have enough outlets for all the things that we need to the plugin. As a result, we rely on power strips to access electricity and act as a safety valve should there be a power overload.

Unfortunately, many of us are counting on the wrong type of power strip to protect our valuable computers and other appliances and devices. Even worse, using the wrong strip can increase your risk of a fire. Read on to learn the proper power strip recommendations.

How many items do you need to plug in?

Buy a power strip with enough receptacles for the number of plugs you have. Never plug one power strip into another. Each strip is only rated to handle the number of outlets they have. Adding more will increase your risk of a fire. Instead, it is better to reallocate where you plug things in throughout your room.

What will you be plugging into the power strip?

You should only plug equipment into the power strip if it is rated for it. For example, you shouldn’t plug an air conditioner into a strip in which your laptop is plugged. Instead, if you can’t plug major appliances and power tools into the wall, plug them into a single industrial extension cord.

Do you need a particular configuration? How long should it be?

Give yourself some extra length since you may need to move the power strip around at times which might require a few extra inches. The configuration also varies. Power strips come in various shapes and sizes, from cubes to wide strips so that the plugs can be placed side by side.

How tough does your power strip need to be?

If you use a power strip in an area such as a garage, where it might get damaged easily, consider a power strip with a metal housing since plastic strips can be cracked easily on impact.

GFCI strips should be used in places like kitchens and bathrooms where it might encounter water. This will prevent anyone from getting a nasty shock. If there is a short, the electrical circuit disconnects immediately.

If you are using equipment that pulls high amounts of electricity, it is a good idea to consider a power strip with a 15- or 20-amp circuit breaker. This safety feature will prevent a system overload.

Will you be plugging in sensitive electronics like computers?

A power strip is an extension cord with multiple outlets. It doesn’t offer the protection from electrical surges that a surge protector does. Anytime you plug in a computer, it should be into a surge protector. This will protect it from a power surge that can wipe out its entire system.

Do you need a surge protector?

If power strips look like surge protectors, how do I know which I have?

Surge protectors will have a rating in Joules of Energy which shows the maximum voltage the protector can handle in a power surge. It should specifically say that it is a “transient voltage surge suppressor.” It should also be certified by Underwriter’s Laboratories, meeting their UL 1449 standards.

Get a surge protector with a good warranty

Many surge protectors will offer a warranty that covers the devices that are connected to it. Then, if the protector does fail, you are entirely covered. Be sure to learn how to file a claim if that happens, as well.

One great feature in a power strip or surge protector is the ability to turn off automatically when your devices turn off or finish charging.

Do you need a commercial or industrial electrician?

Landmark Electric is your trusted expert.