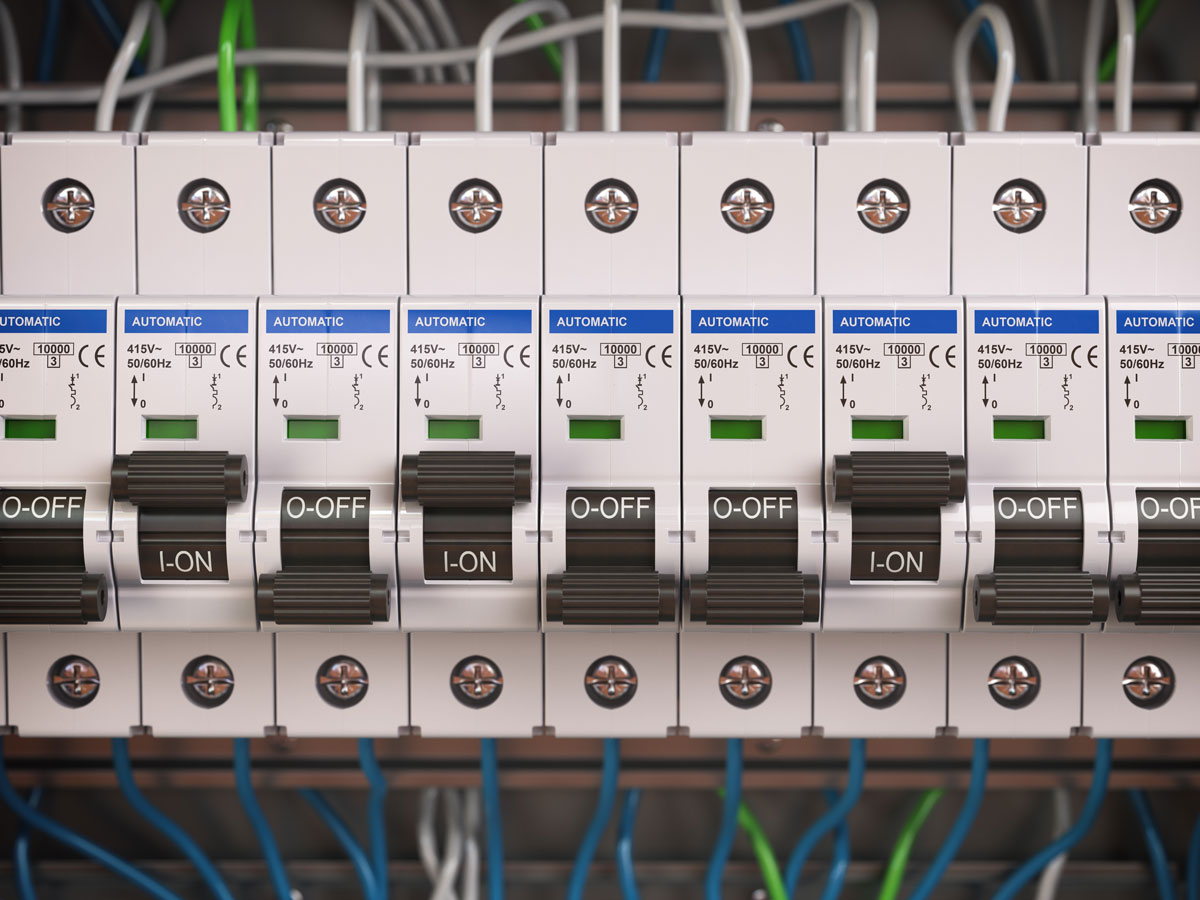 What is a Circuit Breaker?

A circuit breaker is a switch that will automatically interrupt the flow of electricity in the event of a fault along the wires that travel through that circuit. When this happens, the power will go out in part (and sometimes all) of your business. While this may seem like an annoyance, it is actually a good thing.
This interruption in the electrical flow also prevents potential fire from being ignited. According to a recent National Fire Protection Association report, U.S. Home Structure Fires, from 2011 – 2015 electrical distribution or lighting equipment was involved in the ignition of 34,000 reported home structure fires, on average, per year. These fires involved equipment such as wiring, lighting, cords, and plugs.

Overloaded Circuits
An overloaded circuit happens when more amperage goes through a wire than it can handle. A common symptom of overload is when a specific circuit breaker repeatedly trips.

Signs of overloaded circuits include:

Short Circuit Tripping
When wires carrying current accidentally touch a neutral ground wire, a short circuit is created. Sometimes this happens when the protective covering on both the wire that carries the current and the ground wires fray and then they come into direct contact. It can also happen when there is a malfunction within an appliance. This is a potentially dangerous situation that can cause a fire. Thankfully, the circuit breaker will trip when it detects a short, cutting off the current and removing the risk of fire.

It’s important to work with a master electrician to diagnose the electrical problem that is tripping your circuit breaker. Once the problem can be identified, there are several ways they may resolve it.

What can you do to ensure your business is as safe as possible?

Appliances should never be plugged into extension cords or multi-outlet converters for appliances. Instead, always plug them directly into a wall receptacle outlet.

Only plug one heat-producing appliance into a receptacle outlet at a time.

Remember: power strips only add additional outlets; they don’t change the amount of power being received from the outlet. If you find you are often using power strips and extension cords, you likely have too few outlets for your needs. Have a qualified electrician inspect your business and add new outlets.

Circuit breakers help to facilitate the safe flow of electricity throughout your business. Being aware of how they work and what to look for when problems arise will prolong the life of your electrical appliances and ensure your safety.

Don’t ignore the warning signs of a frequently tripped circuit breaker, contact us as soon as possible.